We hope you and your family have a wonderful Christmas. We invite you to listen to a Christmas meditation from Marcos Leon (via video above or audio below) and then to read a reflection from Ken Shuman. Peace to you all.

Advent is a season of waiting. Just as people longed for and waited for the coming of the Christ, we are waiting. We wait, expecting something new to come.  We wait in faith, trusting that God is at work among us. We wait with hope for a better future and a better world. We long for the day when there will be peace on earth and well-being for everyone. We wait in faith and in hope that one day the kingdom of heaven will invade the earth. We wait and hope for a world where everyone is loved, everyone has opportunity, everyone has enough, and no one is afraid.

Because we’ve waited so long, it is tempting to give up our faith and to lose our hope. It’s tempting to become resigned and cynical. It’s easy to just live life and to take care of our own well-being. It’s easy for Advent and Christmas to become about what we receive rather than what we can give to the world. It’s easy to become passive, expecting God to overfunction on our behalf.

I pray that you and yours will experience increasing wholeness and that you will have a very Merry Christmas.

THE REVIVALIST STREAM is characterized by divine visitation and revival; this stream can be seen today in Fiji. In this stream, God acts on the Church, bringing revival, He acts on society, bringing spiritual awakening and He acts on political leaders, bringing ethical leadership, concern for the needs of the people, and readiness to review political and economic structures and systems in light of a Biblical Worldview and Kingdom values.

THE SATURATION CHURCH PLANTING STREAM results in the establishment and nurturing of vital, healthy churches in every class and kind of people that are within practical and relational reach of every person, permeating every segment and sphere of society as salt and light with the love, truth and saving power of Jesus Christ.

THE TRANSFORMATIONAL DEVELOPMENT STREAM seeks to create a better future for the poor and the destitute through community development. Those living in poverty are often caught in mutually reinforcing cultural mind-sets and the resulting juridical/social/economic systems that mar the dignity and identity of all, dehumanizing rich and poor alike. The power of the Gospel of transformation consists of inspiring the privileged to freely and compassionately come alongside the underprivileged to repent each of their own sin. Then they can address together the cultural lies and the pervasive systems of injustice, undertaking community development initiatives and producing sustainable development in a changing world.

THE TRANSFORMATIONAL PRAYER STREAM prays out God’s heart for the cities and the nations of the world. It begins with listening to God for his agenda for the world. Some of us agree that these four major transformational streams that have already emerged are the four major streams of transformation for the healing of the nations.

THE CITY-REACHING STREAM builds on the foundation of vital, Biblical churches to mobilize God’s people toward a mission to transform people, places and cultures where the Church lives around the world.

THE MARKETPLACE STREAM recognized that God is at work transforming people and nations through business and that Kingdom business is an effective mission strategy for the 21st Century.

THE TRANSFORMATIONAL WORSHIP STREAM though more difficult to describe, its representatives affirm that Transformational Worship involves ministering to the Lord in united worship. Some use the term “harp and bowl worship,” others call it “end times worship” because it focuses on the final worship scenes of the worthiness of the Lamb in Revelation 4 and 5. It is not heritage-based, connection-based or evangelism-based (although it can have that effect). It’s all about the Lord. It exalts Christ. It brings the worshipper to greater intimacy with God with an attitude of self-abandonment. Emphasizing more attitude than forms, it is characterized by a manifest sense of the presence of God as he is enthroned in the worship of his people.

THE “BACK TO JERUSALEM” MOVEMENT STREAM flows out of prayer convocations in which a growing number of God’s people
are cooperating together from the first fruits of the Great Commission, going back to Jerusalem to prepare the way for the Lord of Glory through worship, intercession, preaching of the Gospel of the Kingdom, church planting and a Kingdom mindset.

CONCLUSION:
We celebrate multiple transformational streams, which are becoming one great “transformational river” broadening and deepening the healing of the nations. The river is here. 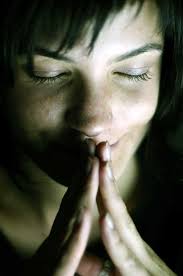 Karen Juul-Nielsen has been tireless as a member of the team in Bellaire-Southwest since she said “yes” to serving during CityFest. Though she is active in many parts of the B-SW team efforts, she is officially the Prayer Mobilization Coordinator. More than a few times Karen has confided that she has felt discouraged by a seeming lack of response to her attempts to enlist prayer and pray-ers in the CSA. (Some of you at this point may be thinking, “and she’s not alone!”) Getting commitments to unified prayer targets, let alone common times or places for folks to gather and pray, has been an elusive goal in spite of the rhetoric about how essential prayer is.

A few months ago as the CSA team listened to Karen someone made a suggestion: what if we scale back our expectations and gave congregations an easy way to incorporate a few items in their every Sunday prayers or in their bulletins? Willing to try, the team decided that the needs of the schools they had adopted would be a good place to start. But then they realized that beyond needing mentors, money and makeovers, the team didn’t know for sure what else was on the wish list of the staff. So several of them made a commitment to contact the principals and ask them directly.

It turned out that the principals deeply appreciated being asked, and knowing that it was because the team wanted to enlist people to pray for the school’s specific needs and wants. And the requests given by the principals made it easy for Karen and the team to produce clear, measurable prayer targets. They limited the list to just a few of the more pressing needs, and sent them out to contacts and leaders in local congregations with a note asking that congregation members be made aware of the needs of the two local schools and be given opportunity and invitation to pray for them. Lo and behold several of the congregations put the name of the school and one or more of the requests in their bulletin. At least one included the targets during the time of congregational prayer in their Sunday service. And a few people wrote or called the CSA team members to thank them for giving information about the schools to pray about.

This may not yet be “fervent, passionate, united intercessions,” but it is a start. Not only that, it is united, it is intercession, and it is a low-cost invitation to prayer from the Body of Christ in which there exists varying levels of commitment to prayer. I encourage you to try this relational and simple approach this month. Please let me and Karen know how folks and congregations in your CSA respond. And know that our team is praying for you as press on to mobilize united intercessions, clinging to the promise that “if any two of you agree as to touching anything …” (Matt. 18:19).