It was the worst best day of his life. Jorge had been having an affair, and on that day, his wife found out. This was not a one-time offense. Jorge had a long history of sexual compulsion and addiction, even resulting in getting this last affair partner pregnant. So Jorge’s wife, having known nothing about any of his sexual indiscretions until that day, kicked him out of the house and planned to divorce him. But that’s not how it ended.

Sexually abused as a toddler and exposed to pornography at the tender age of four, Jorge grew up his entire life with a warped view of sex. By the time he graduated from college, Jorge’s lifestyle included visiting prostitutes and collecting pornographic videos and magazines.

During his school years Jorge functioned in the “real world,” excelling in both academics and athletics. But it was his fantasy world of sexual gratification and addiction that defined who he thought he was. His past formed in him this belief that the only way to get affirmation or love was sexually, that sex was his most important need. For 30 years he pursued pornography and women, all the while living a life of shame and feeling as though he had no control over his compulsions. “If anybody knew what I was doing they would not love me. I was a prisoner, trapped and living in denial, ” Jorge says.

A Wake Up Call

When his wife uncovered his affair, it was a wake-up call. Jorge knew he had a choice: he was either going to die, or he was going to get help. Thankfully, his wife was willing to work to save their marriage. They sought counseling, and Jorge entered recovery through Sex Addicts Anonymous (SAA). This proved effective for Jorge but SAA was still lacking a critical component—the spiritual component. Jesus was the missing piece to recovery.

So in 2010, God led Jorge to start Castimonia [meaning “purity”]. Castimonia is a Christ-centered men’s sexual purity support and recovery group. A year prior he had been approached by a man who was involved in their church’s ministry to the broken-hearted, called Merimnao, a name taken from the word “anxiety” in 1 Peter 5:7. Castimonia functions under the umbrella of Merimnao and networks with various churches throughout the Houston area, helping those who are struggling with a variety of issues, from daily struggles for men and women to grieving the death of a loved one.

A few years after Jorge entered recovery he learned about Faithwalking. Jorge had already been experiencing transformation through SAA and Castimonia, but it was Faithwalking that cemented the transformation. Jorge says, “What we don’t talk out, we act out. Being able to talk it out is a key component to any recovery program. During 101 it was helpful for me to talk about my past, and to learn to see my parents in way that honored them,” despite the childhood trauma. That brought deep healing, healing that has impacted his role now as a father. “I believe every father, not just the brokenhearted, should experience Faithwalking 101 and 201 so as to minimize the wounds inflicted on their children,” states Jorge.

Jorge’s church, The Fellowship, implements Faithwalking as a church-wide spiritual transformation program. Many men (and women) who struggle with unhealthy behaviors are reluctant to join a support group but they are willing to go to Faithwalking. After going through the program, they are often ready afterward to join a group like Castimonia, or the other support groups offered through Merimnao. For those who need help but are too ashamed to seek it, or who feel powerless to change, Jorge’s turnaround serves as a testimony to the power of God. “I was trapped. I was helpless. Only God could have rescued me. No one else could have done it, least of all me. I’m still a broken individual, I still have faults, but I have been redeemed by God and now I am serving him for his purposes.”

Today Jorge is a Certified Pastoral Sex Addiction Specialist and he is passionate about helping others overcome sexual addiction and dependency. “It’s an amazing thing to not have secrets,” Jorge says. “The last six years, although rocky with some slips and two relapses, have been the best years of my life and I am dedicated to staying in recovery and allowing God to continue to heal me and work through me to help others. God has restored my life, my marriage, and my family, including blessing us with custody of the daughter I had outside of my marriage.” 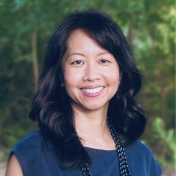